The Good, The Bad, and The Extreme Close-Up

Reqieum For a Dream is a hard film to watch, but is also one that demands to be seen. It made me realize that  movies can are capable of hitting you on a visceral level. It tells the stories of three people already at rock bottom. You quickly become aware of what these people want most in life; what they believe will pull them out of the gutter. Then hope is introduced. Maybe they have found "it". Maybe their lives will take a swing for the better. Suddenly the bottom drops out and they fall even farther than they were before. It is the introduction of hope that rips out your insides. This movie is why I will always be on-board with the next Darren Aronofsky film. If you want to feel sucker punched by a movie, you need to watch this. 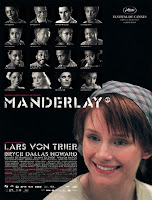 Lars Von Trier has always been a director with no fear of trying something new or different. Whether or not this is a good thing has yet to be proven, as his *cough* finest *cough* achievements have been his films made with a more traditional approach. When he made Dogville, I was intrigued by the idea of a "black box" film. The film has very minimalist staging and set dressing. It's mostly white outlines on a black floor that say "House", or something to that effect. It's a novel idea that helps to focus the audience more on the acting and story than on the visual aspects of the film. Cool. Every now and then different can be nice. Then came Manderlay. Manderlay is a movie that shouldn't be used here since I didn't even finish watching it...but this is also an argument for why it should be used here. Apparently the shine of this "new wave" of filming had worn off. It was a dreadful experience. Who knew that film, as a medium, relied so heavily on visual stimulus? Hmmm.
The Passion of Joan of Arc by Carl Dreyer is the shining star that Von Trier constant struggles to reach. He is so obviously influenced by both Dreyer and the film that it seeps from every pore of his work. This is the original "Hey, let's see a chick forced into a situation that breaks her spirit and makes her all sad and weird!" style film that Von Trier keeps cranking out. It is the story of Joan of Arc's imprisonment, torture, trial, and execution. Dreyer focuses the camera almost exclusively at the faces of his actors. Every subtle tear, wimper, and grimace on Joan's face is front and center throughout the film. It is a perfect and haunting portrayal of inner pain and anguish. It is a triumph of cinema, but something you will likely never want to see more than once. 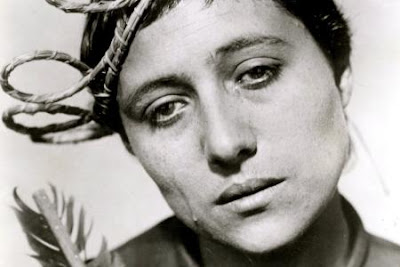